Why is it so hard to get into a "good" college?

By Roland Allen April 01, 2011
Although I’ve changed the names and substituted “like” colleges, here is the text of an e-mail I received around this time some years back from a student's parent at one of the schools I've worked at:

Todd is completely devastated that he was not accepted into any of his top choices (Trinity, Lafayette, Hamilton, Colgate, and Georgetown). At this point, he has no interest in going to any of his "safe" schools, and I do not know if you have any suggestions on how to handle this. I know he had the numbers for a couple of these schools; do you have any idea what happened? I do not know if he has notified you, and if/when he does, I trust that you will not mention that I wrote to you, but I just need some direction. I followed your advice about staying out of the application process, but I need your help now. Todd was out of town until last night so he received all his denials then; not even a defer or wait list. Since he is truly reeling, I am letting him sleep this morning so I do not know when/if he will be at school today.

This e-mail has most of the elements of conversations I have with parents when their children aren’t admitted to a “top” university. The conversation becomes more animated when someone else’s child is admitted to a desirable college university. That’s when the comparisons begin and the student who gets a better prize is whittled down to a pile of imperfections by the parent of the offended student. The college process has failed.

I get it. It’s hard for parents to watch their children come in second or third. It’s particularly hard in the affluent demographic that I work with at the private schools I’ve worked at.

Today’s New York Times posted a series of timely articles. One of the articles,  Colleges Love to Say No  goes through why colleges work so hard to attract large applicants pools and then turn down so many candidates. I keyed in on one of the comments that was right on target,

I think we adults collectively owe our young people an apology for trading their sanity for our bragging rights. College admission is supposed to be the beginning of young adulthood, so admission to a selective college merely gains a young person the opportunity to prepare for the remainder of the adult life at one particular place rather than another. As the father of college-bound sons, it is all too easy for me to think (wrongly) that the colleges to which my own son was admitted reflect on the quality of my parenting. In fact, the truth is rather the opposite. I happened to go on an MIT campus tour a few weeks ago, just to see how the place had changed since I had been there. Obviously, students weren’t marching around protesting the Vietnam War. What hadn’t changed, though, was the seriousness of purpose. Ironically enough, such people are least likely to be distracted by an adverse college admissions decision; they would just find somewhere else to follow their passion.

Early in the college process, I jokingly comment in talks with parents that their child’s college admissions results aren’t a referendum on the quality of their gene pool. Or, I may twist it and say that parents shouldn’t make students feel that they’ve failed the gene pool if they’re not admitted to an Ivy League college or Stanford or MIT. Few parents get the point.

In my many years in the business of college counseling, I’ve found that disappointed parents don’t want to be reasoned with. They really want someone to be mad at. The usual target, or weak link, is the secondary school - especially if the child attends a private school that charges a hefty tuition.

The reasoning is that the child has done everything right, and the college is perfect (which is the reason so many students apply and want to attend) - thus, the only weak link in this seemingly simple equation is the school counselor – someone wrote a poor recommendation, or gave the child misleading information on editing his essays.

Actually, in many cases, the applicant isn't a compelling candidate for a particular college - but that's not something that parents want to hear when they're disappointed. Another reasonable point that doesn't make sense to anyone who hasn't worked in highly selective admissions, like I have is that college admissions is designed to serve the college. Period. It’s all about the college and the college’s institutional priorities.  Colleges admit the students they want to admit. Those are the rules of engagement.

Does this mean that normal, good, smart kids who aren't athletes, or rich,or Nobel prize winners can't get into a highly selective college? In many cases, yes. The fact is, college admissions is complicated and highly nuanced stuff. It's also not a process that can be mastered by even the most meticulous planning. I'll address that reality with more detail in subsequent posts.

I love my job. I enjoy working with students and their parents. I enjoy seeing students work hard and achieve their goals. This is a difficult time of the year for most people who do what I do. Yet I just sent in my contract signing up for another year. I’ll most likely do the same next year, and the year after that, and the year after that. Even though I might get the blame at the end of the process, I’ll still encourage students to dream big. I’ll also be the voice of reason when need be, even when my advice isn’t welcome.  And I’ll continue to write killer letters that recommend my students to the best colleges and universities in the world.

But, back to the original subject of this post: disappointed parents in the selective college process.

What's going on here? I think is pretty simple. These are parents who have always "made things" happen for their kids. The college application process is the first time when these parents are powerless to "close the deal" for their kids. At their private schools, these parents are able to get what they want from teachers, school administrators and coaches. However, the colleges are in charge when students apply to college.
College admission offices are poweful and annonymous places that make their own rules.  This is mysterious and uncomfortable territory for parents and students alike. This places powerful people in the role of supplicants. It's a humble place to find oneself. Yet, that is the way it is
college admissions education 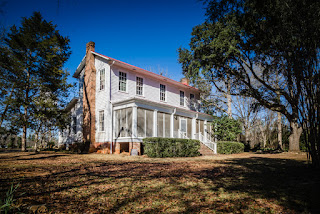