I had a fun gravel ride earlier this week on Arroyo Trabuco Trail.

I did an out and back, which has an access point about a mile from my house. It’s actually a fairly technical trail for me. Yet, I felt really confident on this ride.

I recently changed out the tires on my Franco Grimes Bicycle to Gravelking SS Panaracer.  That's a less knobby tire for dry riding and less rolling resistance when riding tarmac. Riding on this trial tested the gravel-ability of these tires! They did well, but I wondered about switching them out and going back to the Gravelking SK Panaracer, which is definitely a gravel tire.

On the return, I was moving fast and accurately reading the trail well. At one point the trail went down and across a dry creek bed that I didn’t read well – and my skinny slick gravel tires just sank into the gravel. Dead stop - I couldn't peddle out of it.

I should have gone across the creek bed just a few feet up, but I didn't see that option on the apporach.  I had to push out. Which was fine. But there was a mountain biker on a Santa Cruz who I didn’t know was on my tail. He had to abruptly stop.  We laughed about it and he told me that I was setting such a good pace for him.

He pulled around and moved on up the trail, which then had a steep ascent. Well – being on my Franco, I had to catch and pass him before he got to the top of the hill.  I did it.  When I checked Strava, I saw that my ascent set a PR for me on that climb.

It was so fun!

Thanks for joining the conversation.

My younger sister passed away early Thursday morning following a long illness. My heart is broken. I will miss her terribly.  I used to say ... 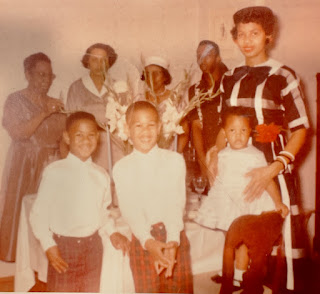 The Roland Allen Post is a collection of thoughts, ideas, reviews images and observations presented from the perspective of a guy who learns awesome things one day at a time. I welcome your comments and suggestions.

Note that the thoughts, ideas, opinions, suggestions, beliefs, images and ramblings presented in The Roland Allen Post are mine. The postings in this blog may not reflect the thoughts, views or opinions of the institutions to which I have been associated.
.

The Roland Allen Post by Roland Allen is licensed under a Creative Commons Attribution-NonCommercial-NoDerivs 3.0 Unported License.
Based on a work at rolandallen.com.
Permissions beyond the scope of this license may be available at http://about.me/rolandallen